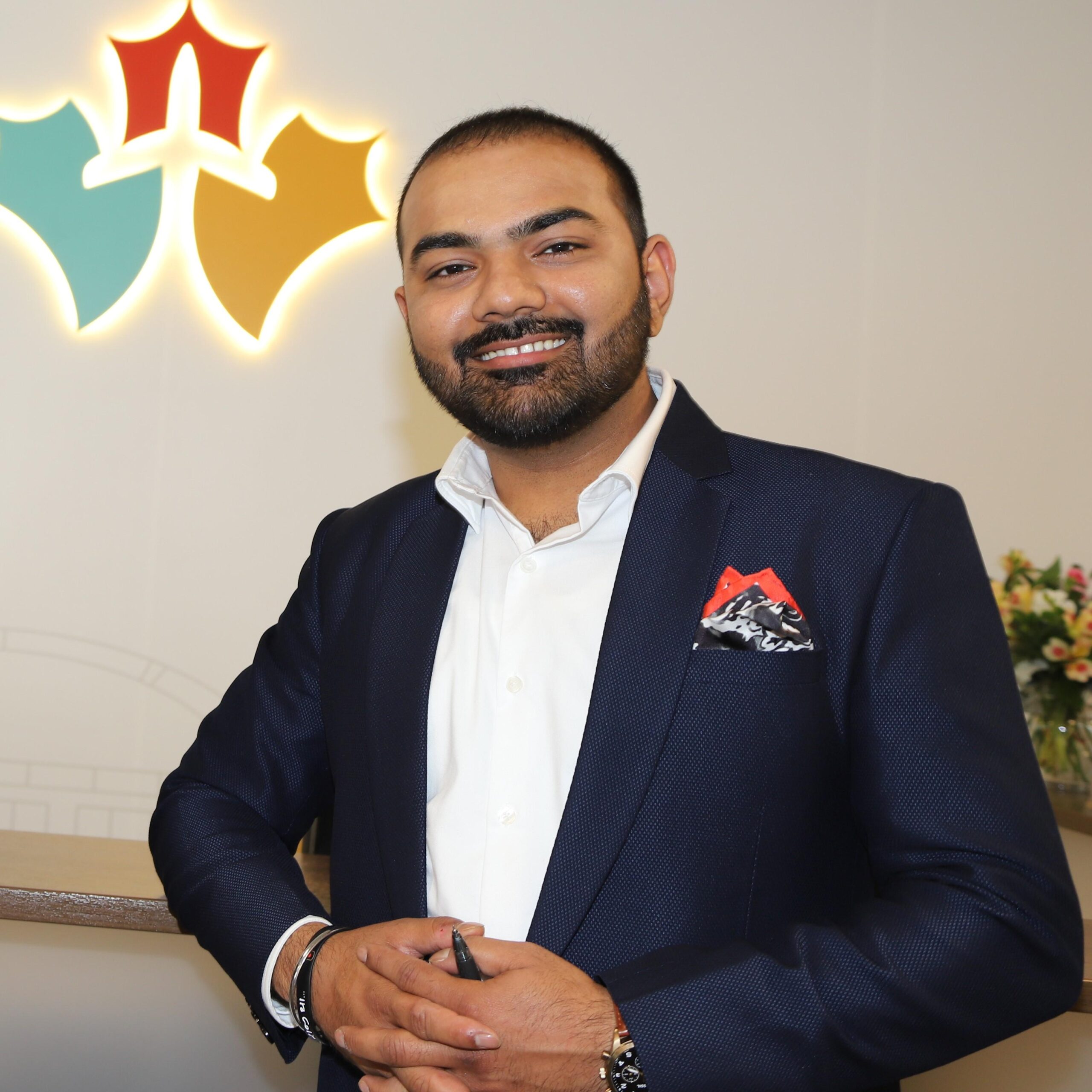 Devang Navin Parekh is SPS Canada’s business development & relations manager. He joined us in 2011 and has evolved with SPS Canada since then. He has previously worked with businesses like Idea-India and Ascendum KPS in their operational pilot projects.

Devang is responsible for creating and maintaining SPS Canada’s unique culture which enables his team to do the best work in their submissions. As the head of the team, Devang keenly works on talent development & analytics, recruiting, business & client support, communications strategy, Internet presence and other consumer-facing marketing strategies. With all this, we are pleased to say that Devang has overseen all the faces of SPS Canada in his journey.

Prior to this term of employment, he has secured Ontario Graduate Certificate in Business Management – Finance & Banking from Lambton College of Applied Arts & Technology in Toronto, Ontario. He also holds a bachelor’s in commerce Degree from Gujarat University, Ahmedabad, India.

Find Us on Social Media

Get Legal Answers to Your Visa Questions

We are a regulated immigration practicing firm, providing advice and
solutions on matters related to Canadian immigration.

Perfect Service. I am extremely pleased with the service provided by SPS Canada Immigration. The staff was very truthful, and straight to the point which was greatly appreciated and refreshing to experience.

Got my PR!! Pradyuman along with his team made it possible for me to get my PR without any hassle even after having a 1-year work permit!

The people here are amicable, helpful and would take every effort to make sure your application is compiled as per the Guidelines. All thanks to Pradyuman and his team.

Final stop to all your immigration worries! Best immigration lawyer in GTA! Heartiest thanks to Devang for working passionately for the file as considering his own immigration file! Hats off to his passion and dedication! I am glad I have found a friend in him!

I just want to say a big thank you to everyone at SPS Canada Immigration. Your patience, understanding and support are well appreciated. I am grateful for all your efforts for my file.

STRONGLY RECOMMENDED. Jaspreet really appreciate your full cooperation at every step of my PR application and its process. My file was processed swiftly and without any glitches.

Perfect guidance, well informed and excellent team. If you want a smooth sailing immigration process, SPS Canada is the way to go!

I had a great experience with SPS Canada. They have helped me with my PR application to the full extent. I would definitely recommend SPS Canada if you would like to get professional immigration services.

I was referred to SPS Canada by a family friend and I am so glad that I was sent here! I am so grateful for all your help at SPS and I would definitely recommend SPS Canada for any immigration service.

Mr. Pradyuman Jhala guided me best possible way and was on the top to help me with any query I had. Despite of all the complications in the application, I finally became Permanent Resident of Canada.

My experience with this firm has been extremely positive. I appreciate all the help I got from Shridev in my Work Permit Application and Mr. Pradyuman Jhala for guiding me all the Way!

"Great news! Finally received our Permits (Me and My wife forum)! We want to take this opportunity to thank Mr. Pradyuman Jhala and team. And, I truly appreciate everything you and the team have done for us!

Excellent Immigration Services! I just love the understanding and reliable services the SPS team has given. They just know your needs and give the best consulting to the immigration situations. Cheers to the SPS Team!

Everything they said happened, and sometimes faster than we expected. We are talking about an organization with a very professional and straightforward team. Everything was taken care with the maximum professionalism and ethical services.

I have been working with SPS Canada for the past few years. They are professional in their work and really know what they are doing. I will recommend them for your immigration process.